Navigation
You are here: Home / Archives for Burundi Ngozi 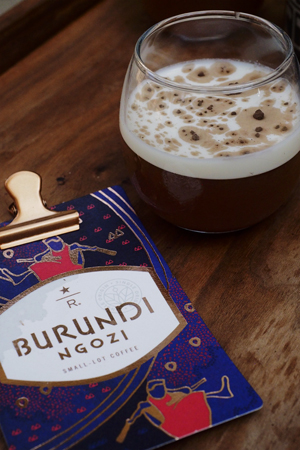 Now that Burundi Ngozi is back, I am just a little bit obsessed with it, and I am sure you’ll see more pairings with this coffee. I have been so busy lately, and this coffee has really motivated me to get back into developing recipes and pairings. It is what I love to do most after all! Two updates in one week is pretty much unheard of over here, so enjoy it while it lasts! 😉

Last week I was asked to do a coffee tasting, and as I mentioned in my previous post, Burundi Ngozi was the first reserve coffee I had when I moved to Seattle. This pairing is actually inspired by a pairing I did for this coffee and my original blog (which never saw the light of day) but it was so good, I really wanted to bring it back… so here it is!…

END_OF_DOCUMENT_TOKEN_TO_BE_REPLACED 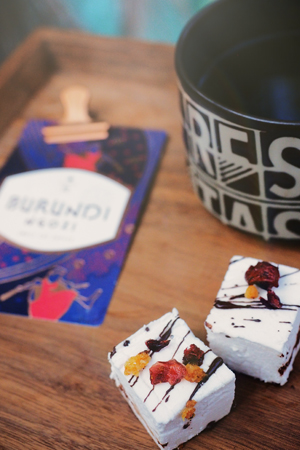 I remember when Burundi Ngozi was first introduced to the Starbucks Reserve line. It was in 2013, I was living in Seattle, and it was one of the first Reserve coffees I had there. I was obsessed with the black tea like aromas and cinnamon spice notes. Now, it’s been 5 years, but Burundi Ngozi has come back around a few times, and each time it steals a little piece of my heart.

In the northern mountains of a tiny landlocked country, specialty coffee is emerging as a source of hope and opportunity. Known for high altitudes, heavy rainfall and rich volcanic soil, the Ngozi region has been working to realize its potential since the coffee industry was privatized in 2009. This coffee comes from small-holder farms located in Northern Burundi: the Ngozi and Kayanza provinces.

END_OF_DOCUMENT_TOKEN_TO_BE_REPLACED

Honey bees are attracted to the flowers on coffee trees. When they feed on the nectar of the coffee flowers, they ingest small amounts of caffeine. The effect of caffeine on bees is similar to the effect on humans. It gives them an energy boost, improving concentration and performance.