Navigation
You are here: Home / Archives for Via 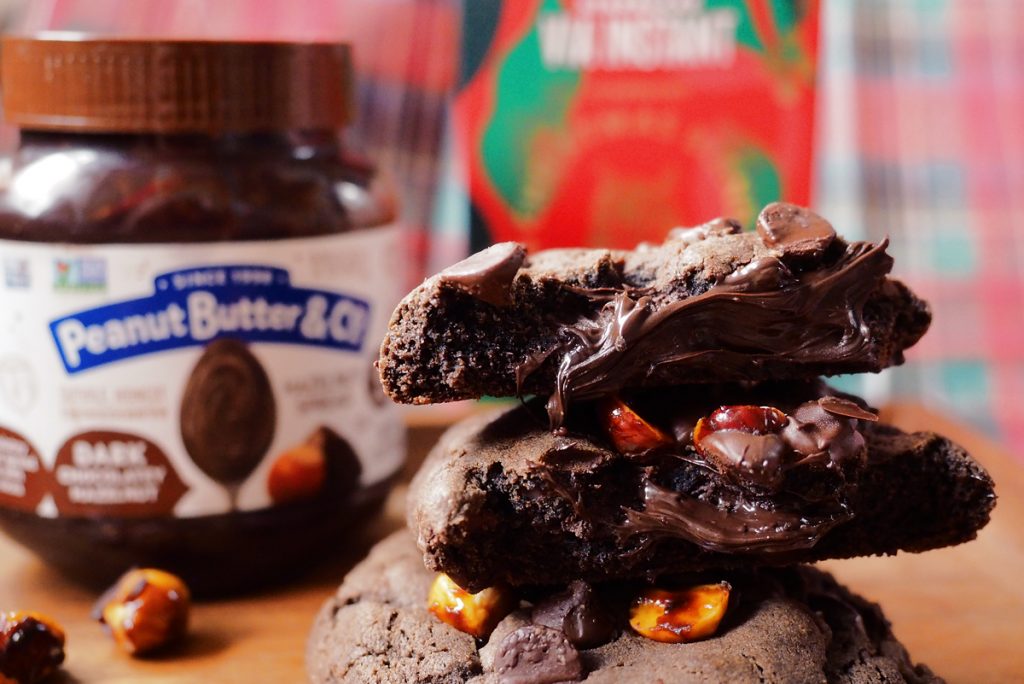 Merry Christmas, happy almost new year and all of that. I have been quiet over here for a while, and I do apologize for that. life has been busy, but I have also been on a total body reset. I will talk more about this later, but for now… let’s talk about cookies!

On facebook or instagram, I saw an ad for a cookie contest put on by Peanut Butter and Co., and even though I am on a strict no sugar, no anything diet, I really wanted to enter this. I miss cooking, I miss creating recipes, I miss photographing food. So here we are.. introducing coffee glazed hazelnut cookies….

END_OF_DOCUMENT_TOKEN_TO_BE_REPLACED 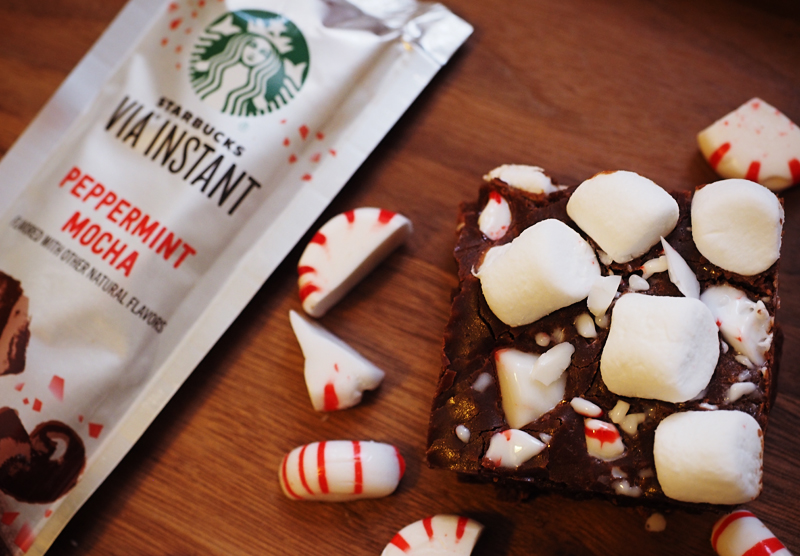 Christmas is this week, and I am feeling super festive! It’s also been very cold (hey, remember, I am from California!!) so I have been craving everything peppermint. I love the peppermint mocha via packages for making Christmas treats. Cupcakes are usually my go-to, but this year I decided to change it up a little bit. This fudge is made with chocolate pudding, so it is super rich, chocolatey and easy to make!

END_OF_DOCUMENT_TOKEN_TO_BE_REPLACED 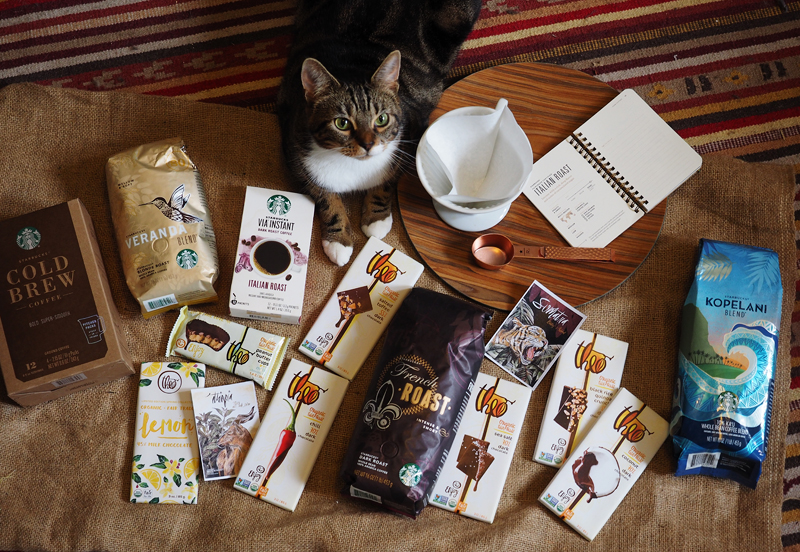 Theo chocolate is based in Seattle’s Fremont district. They make the most incredible chocolates! Starbucks was testing Theo peanut butter cups in select stores, and my friend Melody went to Theo chocolate to get an up close and personal tour. During her tour, she sent me a message, saying she needed my address “right now”. I sent it along, and a few days later, a huge box of chocolates was on my doorstep, compliments of Theo chocolate. Thank you Theo chocolate & Melody! I put together a coffee tasting with the seven chocolates I was sent (actually, there is one missing because I had to taste test it 🙂 )…

END_OF_DOCUMENT_TOKEN_TO_BE_REPLACED 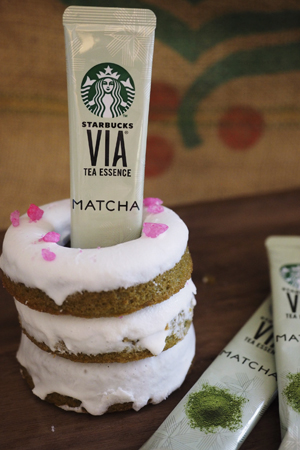 As you all know by now, I am a huge fan of the VIA category. This year, Starbucks Japan has released a Via matcha essence, which like the other products in the Via category, instant. Just add milk or water, and you have a matcha green tea latte in a flash!

I’ve been really obsessed with donuts lately (I usually am) A new donut shop opened in the area, with these massive donuts covered in bacon, and all kinds of other off the wall toppings. I decided I “had to” buy a donut pan to make donuts, because baked donuts are better for you 😉

The idea of green donuts might be kind of off putting, so I wanted to jazz them up with a white chocolate glaze, reminiscent of a cherry blossom.

END_OF_DOCUMENT_TOKEN_TO_BE_REPLACED 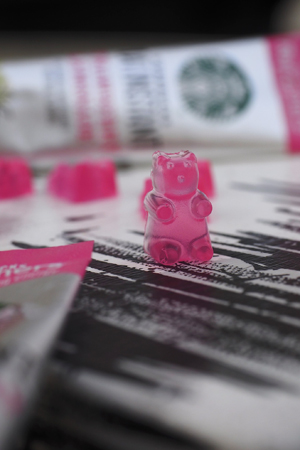 When we drove from Seattle to Michigan, we made the drive in 3.5 days. With the exception of the first day, they were all 12+ hour days. That drive was made possible by free Spotify premium (thank you Starbucks!!) and endless amounts of gummy bears. Seriously.

Now that we are here in Michigan, it is hot and humid, and I really do not want to fire up the oven. I saw these cute gummy bear molds on amazon, and discovered that I could actually make endless amounts of gummy bears. And even better, they could be caffeinated. And they can even be pink, to match this whole pink drink frenzy! 😉
…

END_OF_DOCUMENT_TOKEN_TO_BE_REPLACED 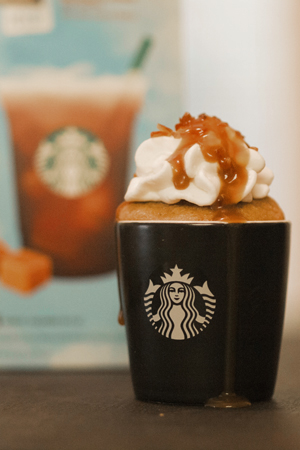 According to my facebook memories, three years ago today… we had just transferred to Washington, and I was missing work, missing making frappuccinos, so to ease my mind until my transfer went through, I made these frappuccino inspired cupcakes. It’s crazy to me that three years later, we have now transferred to Michigan, and I’m feeling the exact same way!

Since we are still  in the process of moving in and getting our kitchen in order, I thought I’d post this “throwback” recipe.

END_OF_DOCUMENT_TOKEN_TO_BE_REPLACED 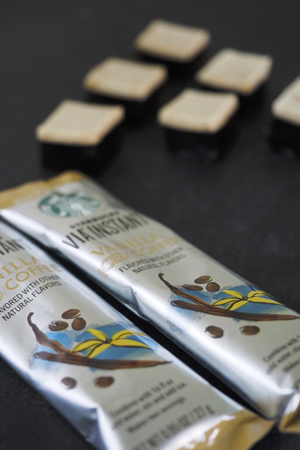 Six days from today, the movers will be here packing up my house. I will be without a kitchen for about three weeks, so blog posts will temporarily be on hold, but I will keep my other social sites  updated! This three week break away from the kitchen is terrifying to me, but at the same time, it gives me a lot of time to map out ideas. 🙂

This recipe has been on my to-do list for a long time, and I was so excited when we got the shipment of the iced vanilla via! Since we are going to be without all of our stuff for about three weeks, we will be living off via! This recipe is simple; a two layer jelly. One with the iced via, and one with a mixture of cream and sweetened condensed milk. It’s a perfect on the go snack (or to add in your iced coffee!)…

END_OF_DOCUMENT_TOKEN_TO_BE_REPLACED

I created this recipe in 2013 using Italia Roast Via, but once I got my hands on this years Christmas blend, I knew I wanted to re-create it.

I love coffee cocktails, my favorite being a black russian, so making a homemade kahlúa was an obvious choice. I also use kahlúa in quite a bit of my dessert recipes, so it has become a staple in my kitchen. Bottles of homemade kahlúa also make a great hostess gift!

Because this recipe uses Starbucks Via, this recipe is quick and easy. You can use any type of Via you’d like, but Italian is my go to, but the Christmas blend is so delightful :)…

END_OF_DOCUMENT_TOKEN_TO_BE_REPLACED 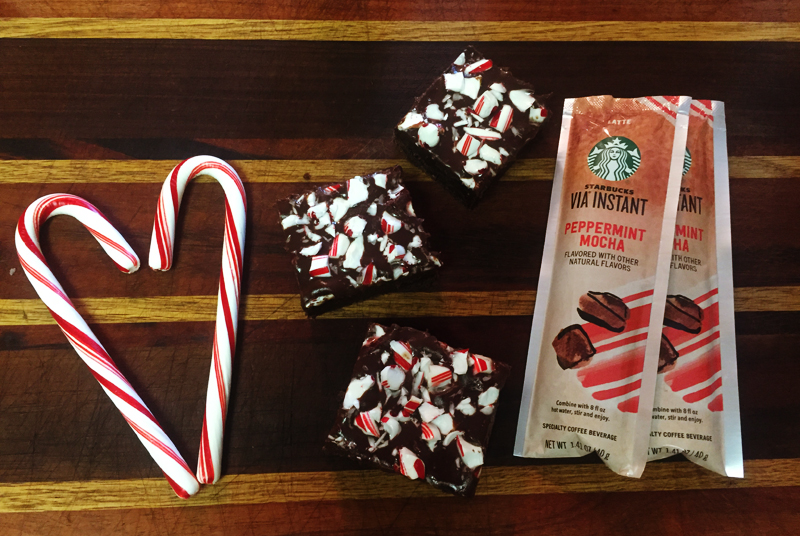 Peppermint mochas have always been my favorite, and out of all the VIA latte flavors, this one is the one I stock up on and always try to keep on hand (although it generally doesn’t make it to the new year!). Every year I make cupcakes with these via sticks, but this year I decided to switch it up and make brownies. …

END_OF_DOCUMENT_TOKEN_TO_BE_REPLACED 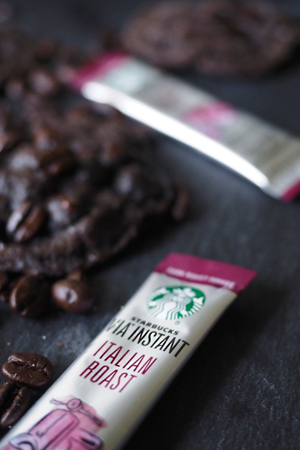 END_OF_DOCUMENT_TOKEN_TO_BE_REPLACED

During Turkish wedding ceremonies, grooms were made to vow to always provide their brides with coffee. Failure to do so could result in divorce.